Anchor has discovered widespread gold-bearing epithermal quartz veins over an area of approximately 30 km² near the old Fluorspar railway siding in North Queensland. This newly identified mineralised region, known as the Fluorspar epithermal gold camp, offers potential for the discovery of a major gold deposit.

Quartz textures and geochemistry provide strong evidence that gold mineralisation in the Fluorspar area is near the top of a classic epithermal deposit. Conceptually, higher grade gold mineralisation should exist at depth where boiling has occurred in the hydrothermal system. Gold and silver are normally deposited in the fluid boiling zone between 300 metres – 1,000 metres below the paleosurface. Geological mapping in the area indicates erosion has stripped some 500 metres of material from the original Featherbed volcanic land surface removing the topmost anatomy of the epithermal vein system. Thus the potential boiling zone is now within an easily achievable drill distance.

The low sulphidation epithermal gold model is well understood, and the conceptual exploration model can be evaluated quickly and cost effectively.

Anchor plans to drill both major structures with 2 holes per section on two spatially separate sections along each structure, with the objective of discovering higher grade gold mineralisation at depth.

The Doolan greisen is located towards the centre of the Doolan Creek Cauldron, a structure rimmed by sub-aerial ignimbrites and intruded by granite. Felsic volcanic rocks and related granitoids associated with caldera collapse structures or ring complexes have long been recognised as prospective areas for a variety of mineral deposits, including greisen, skarn, stockwork and veins.

The Doolan mineral system extends under shallow alluvial cover to the south and further work is required to define the full extent of this alteration-sulphide system.

A number of small skarns hosting copper and lead mineralisation are clustered in an area centred 6 km southeast of Chillagoe. The skarns are strongly anomalous in Cu, Ag, Zn, Pb, Au and Bi. These skarns demonstrate potential for concealed porphyry-style gold-copper mineralisation, similar to the Red Dome gold-copper deposit, and additional copper mineralised skarns in the area. 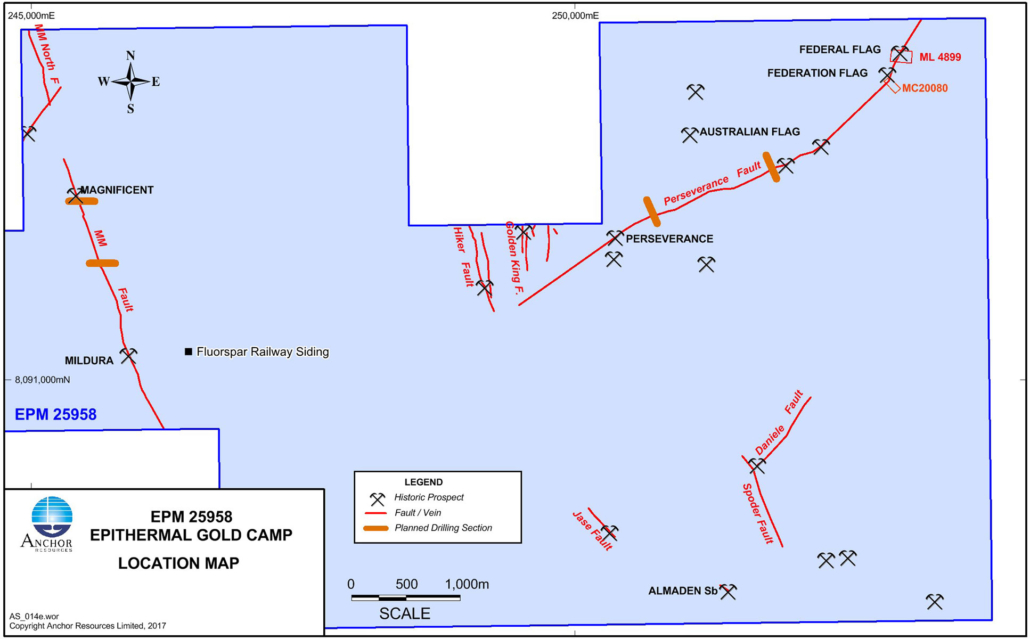 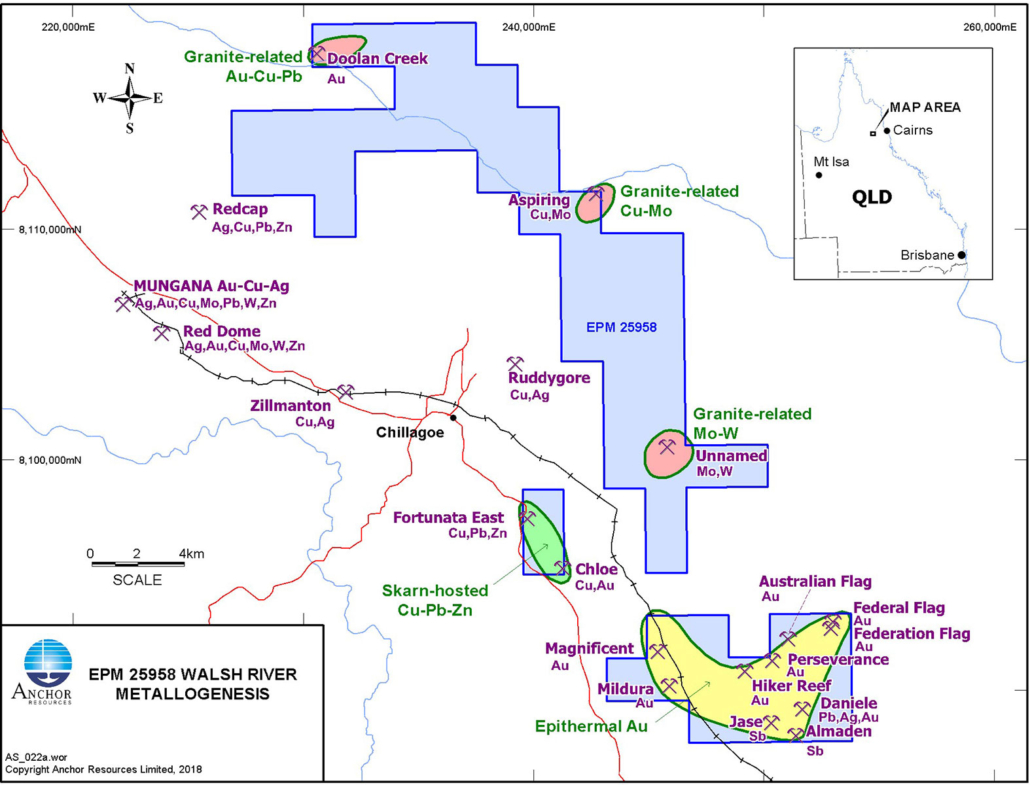