Blicks is the most advanced project, aside from Bielsdown, following a significant amount of exploration, including limited shallow drilling at one prospect.

At the Blicks project the Tyringham prospect, a large intrusion-related gold system (IRGS), has been discovered and limited drilling has intersected extremely long zones of low grade gold mineralisation near surface. The style of mineralisation intersected is interpreted as leakage from a postulated deeper, higher grade, primary IRGS source. IRGS gold deposits often contain more than 1 Million ounces of gold and up to 10 Million ounces and have in recent years become major global gold producers.

At Blicks the large Tyringham IRGS and Tuting granite-related prospects are drill-ready and have potential to host major deposits.

Tyringham IRGS as a prime target for further work. The type of alteration (greisen) and related metal associations (Au-Bi-Te ±Cu-Ag-W and As-Ag-Fe-Pb-Zn-Cd ±In-Sn) are interpreted to be consistent with an intrusion-related magmatic-hydrothermal system. In these systems around the world, the age of the host rocks and mineralisation is contemporaneous. A major advancement in Anchor’s understanding of the metallogenic chronology in the Blicks district was provided by age dating results yielding a ~220 Ma age (late Triassic) for sericite alteration directly associated with gold mineralisation, being much younger than the host rocks. This conforms with the IRGS model.

Gold mineralisation intersected by shallow drilling to date is interpreted as “leakage” mineralisation within passive host rocks of ~350 Ma and 240 Ma age respectively. The target for future exploration is a concealed, proximal source intrusion, and associated fluid pathway structures, of ~220 Ma age which conceptually may host higher grade gold mineralisation.

Known granitic intrusions with younger ages (i.e. late Triassic) in the Southern New England Orogen are restricted to the eastern zone, relatively close to the NSW coast. These have an age range of ~212-230 Ma with this age overlapping that of Triassic volcanic rocks at the base of the Clarence-Moreton Basin, implying that there was a major thermal event in the crust of the region at this time. It could be implied that the evidence for imposed thermal metamorphism (and hydrothermal alteration) on the host rocks at Tyringham is consistent with the occurrence of nearby, possibly underlying/subjacent, granitoid intrusions of younger (e.g. ~220 Ma) age. These concealed plutons may well be the source of the gold at Tyringham and may host higher grade gold mineralisation in the causative intrusions.

The Tyringham conceptual exploration model consists of a small concealed intrusive cupola hosting a sheeted quartz vein array developed in the roof of the cupola and overlying carapace and below leakage mineralisation developed as a random quartz stockwork higher in the system and hosted by older rocks. Drilling to test the Tyringham conceptual model is subject to board approval.

The Navin, Tuting and Liberty mineral systems identified by Anchor will be further explored in what is emerging as a potentially very significant region of complex and varied metal endowment. 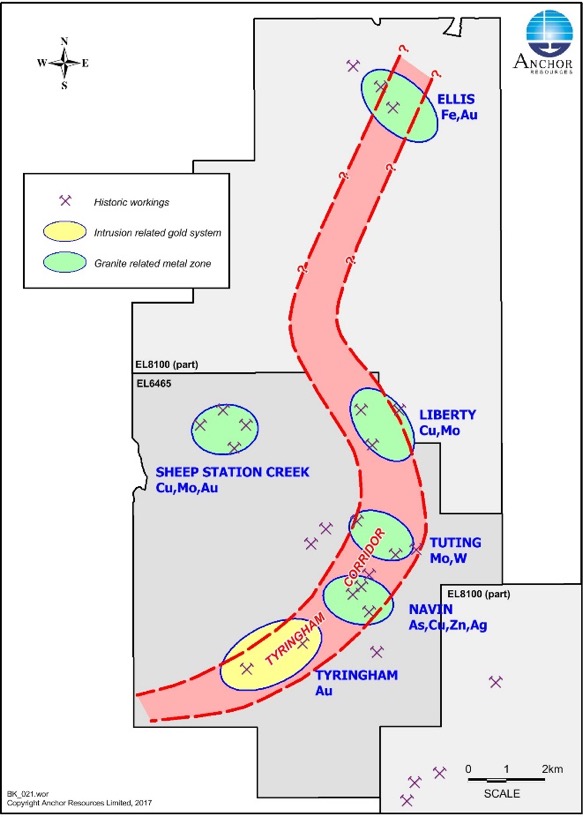 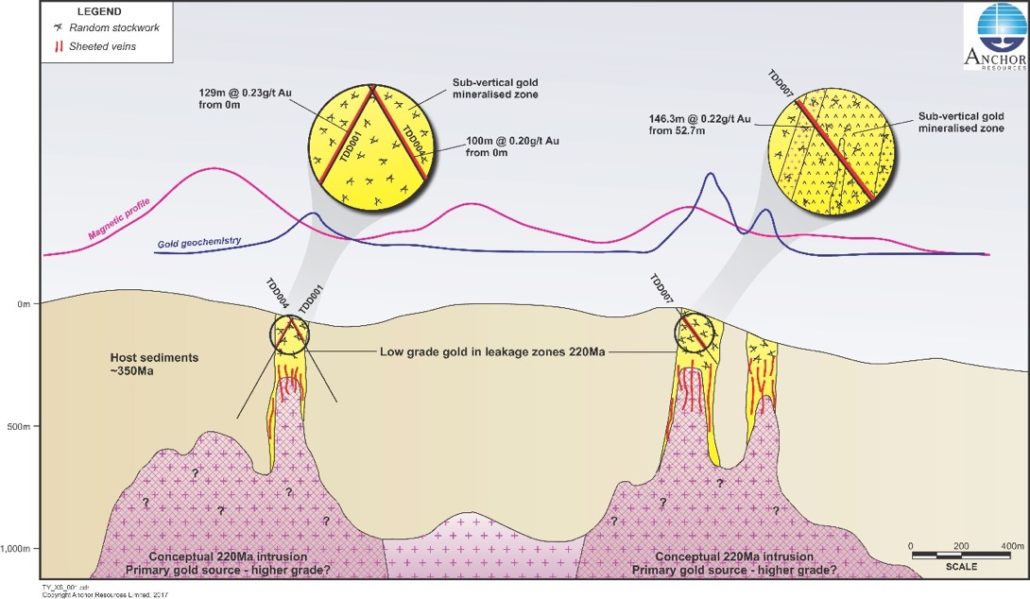 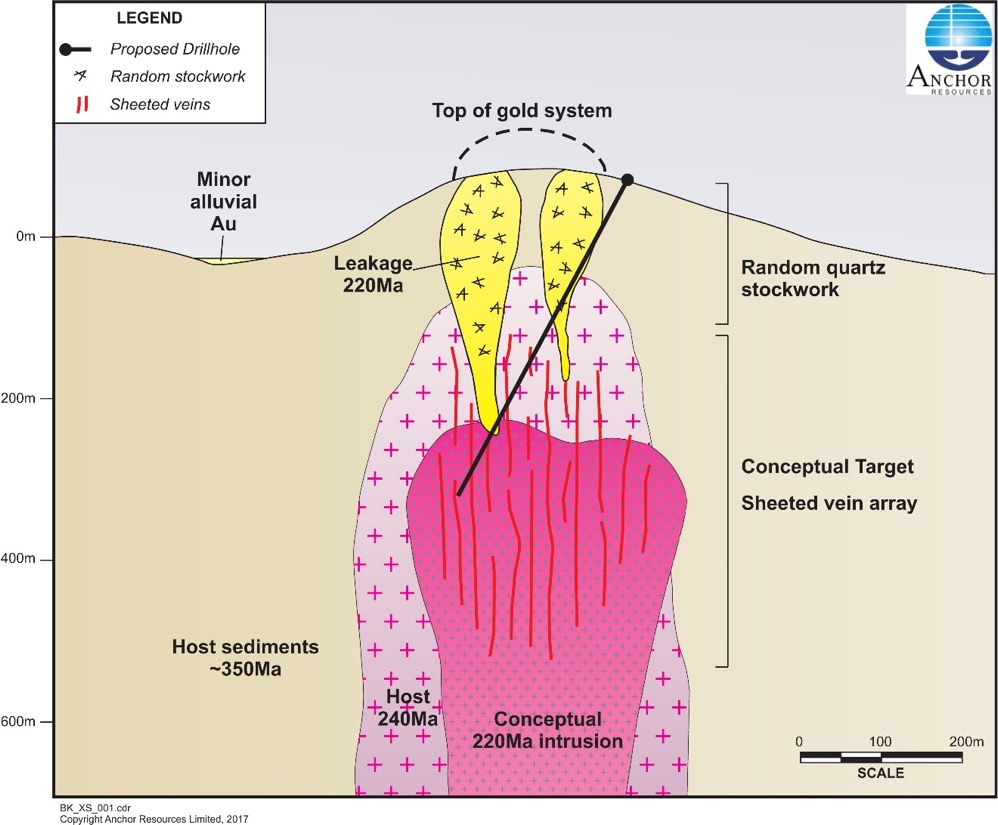